Albert the Bull is an Audubon Landmark - Waspy's Truck Stop

Albert the Bull is an Audubon Landmark 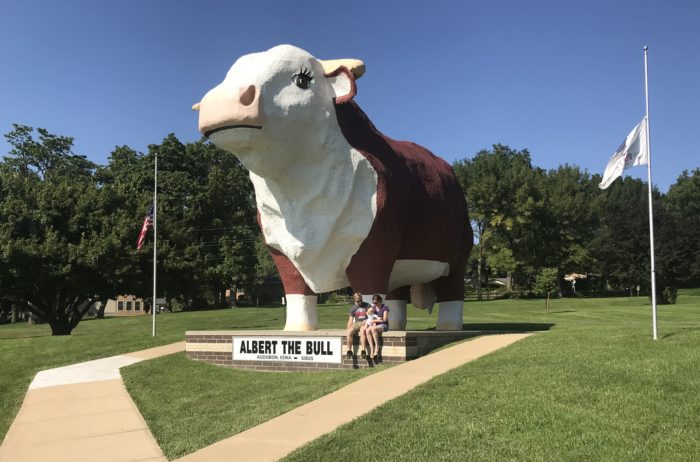 Albert the Bull is the world’s largest bull statue. The larger-than-life Hereford is located in Audubon, Iowa. Photo courtesy of Wikimedia Commons, the free media repository.

Audubon, Iowa, is a beef lover’s paradise. The western Iowa town is home to both Albert, the World’s Largest Bull, and The Feed Mill Restaurant.

In a town with a population of just over 2,100, you can both see a 45-ton concrete bull and then dine on ribeye or prime sirloin steak or build-your-own ½ pound Feed Mill hamburger.

Albert is Larger than Life

Albert the Bull has been a feature of Audubon since 1964. The steelwork for his frame was created from abandoned Iowa windmills.

The Hereford bull is nine-times larger than life and has a 15-foot span between his horns.

Originally from England, Hereford cattle were brought to the United States in 1817 by Kentucky statesman Henry Clay. 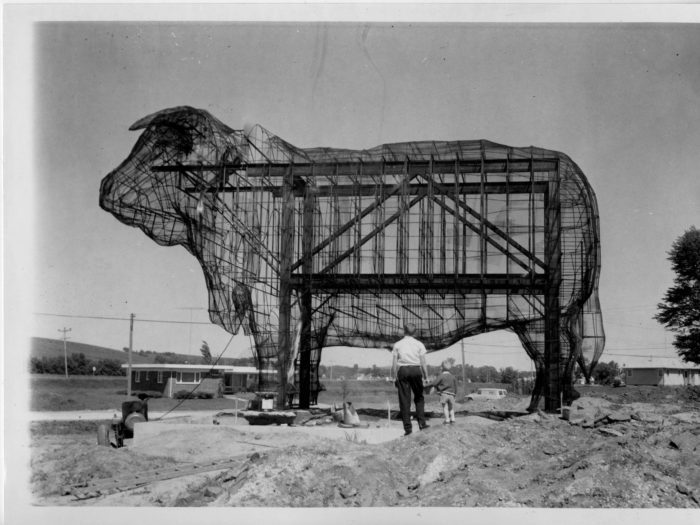 Albert the Bull under construction in the 1960s. Albert is made of steel and concrete covered with paint. Photo courtesy of the Council Bluffs Public Library.

Albert was named for local resident Albert Kruse, who was responsible for launching the annual beef promotion called “Operation T-Bone.”

Albert is located in Albert the Bull Park, just off U.S. Highway 71 (115 Circle Drive). He is visited by approximately 20,000 people every year and was once a question on Jeopardy.

Press a button on the information kiosk near Albert’s parking lot and learn all about “The World’s Largest Bull.”

Less than half a mile away from the bull statue is The Feed Mill Restaurant (2079 Highway 71), part of the Waspy’s Truck Stop complex.

The family-owned business serves breakfast, lunch, and dinner all day long. A salad bar is included with all entrees and the menu features daily specials. 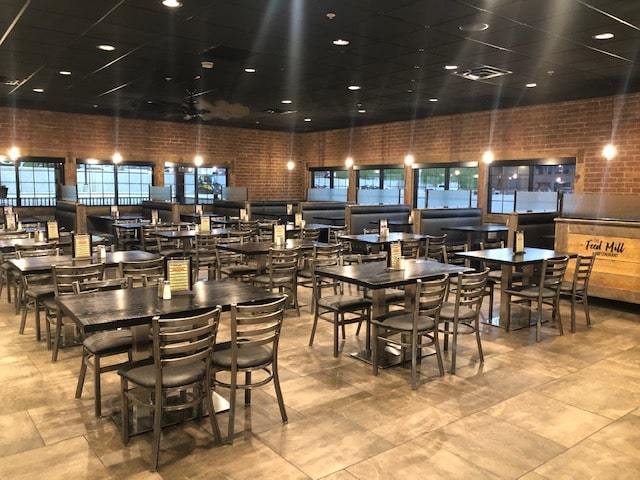 The Feed Mill Restaurant is located in Audubon, Iowa, and is part of the Waspy’s Truck Stop complex.

Raising more than 4 million head of cattle each year, Iowa ranks seventh in the list of top cattle-producing states in the nation.

Don’t miss your chance to visit Audubon. Take a picture with Albert, and then head to The Feed Mill Resturant to indulge in delicious Midwestern beef.

Tags: audubon things to do