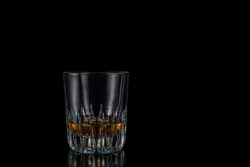 In Templeton, Waspy’s is located on Rye Avenue. It’s fitting because the town of Templeton and rye are closely linked.

The place is known for Templeton Rye, a Prohibition-era whiskey nicknamed “The Good Stuff.”

When the United States banned alcohol in the 1920s, farmers in Templeton, Iowa, and the surrounding Carroll County started illegally manufacturing rye whiskey as a way to supplement their income.

Illegal whiskey sills were at work in and around the western Iowa town. 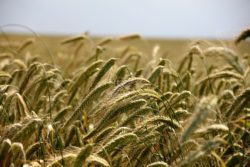 Manufacturing rye whiskey served as a way for Templeton-area farmers to supplement their income during Prohibition.

American rye whiskey must be distilled from at least 51% rye grain, a crop the Templeton farmers were able to grow.

Bootlegged drink a hit at speakeasies

The bootlegging Iowa residents then sent their whiskey to Chicago by way of cattle cars bound for the Chicago stockyards.

The tipple also made its way to other Midwestern cities including Omaha and Kansas City and became a speakeasy favorite. 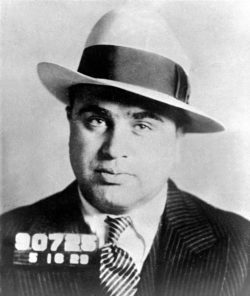 Templeton Rye was popular in speakeasies across the Midwest and was said to be gangster Al Capone’s drink of choice.

In 1933, Prohibition ended, but those in Templeton continued to produce and consume small batches of the bootlegged whiskey.

That same year, the Cedar Rapids Gazette called the drink “a bootleg whiskey of more than local reputation.”

In the early 2000s, Templeton Rye was resurrected as a legal product.

The Templeton Rye Distillery and Visitor Center are open to the public, drawing visitors to the community.

The community has embraced its bootlegging heritage.

Less than half a mile from the distillery is Waspy’s, a full-service truck stop known for its Sunday Breakfast Buffet, Grab & Go Kitchen and made-from-scratch donuts.

Visitors traveling to Templeton to learn more about “The Good Stuff” can fuel up and fill up at Waspy’s.

Tags: Templeton Things to Do